Wesley is an 11 year old Nova Scotia Duck Tolling Retriever who is also a cancer survivor. Last year, while visiting Nicklin Way Veterinary Surgery for his vaccinations, the veterinarian detected a firm lump on his chest and several other soft lumps on his trunk. After cytology samples were assessed in-house, we scheduled removal of the lumps under a general anaesthetic.

After their removal, the lumps were sent to an external laboratory for a pathologist to identify. One of the lumps was a cutaneous soft tissue sarcoma which is a malignant type of cancer. The other lumps were fortunately benign.

After discussing his cancer with Wesley’s owner, Wesley was referred by the veterinarian to the Brisbane Veterinary Specialist Centre in North Brisbane. Radiation therapy was needed to ensure the cancer wouldn’t return after surgery. The specialist centre has a purpose built radiation unit and radiation therapy is performed by highly trained staff while the pet is under anaesthesia. Wesley received 19 radiation sessions over a 3.5 week period. He had regular blood tests to ensure that his organs were coping with the frequency of anaesthesias. There was localised hair loss and temporary skin damage which was managed with pain relief, antibiotics, and diligent home care while it healed.

Six months later there is no sign of the tumour regrowing. Wesley is fortunate to have owners able and willing to commit the time, energy, and resources to have this radiation treatment 19 times, and he still loves coming to see us at our veterinary surgery.

My beautiful Toller, Wesley was diagnosed with a malignant sarcoma on his tummy. As a result he was referred to BVSC in Brisbane to undergo a program of 19 radiation treatments which was a bit of an initial shock. Of course I didn’t hesitate and he commenced therapy soon after. The vets and nurses at the Specialist Clinic were wonderful and constantly kept me up to date with his progress as well as regular photos and phone calls. He was especially missed at home during this.

However my boy is now progressing well and has just received a very positive result from his last X-ray and checkup.

A very big thank you and hug to Dr Doug Gray for discovering this nasty during a routine examination and referring me to Dr Elias Gumpel – a wonderful animal oncologist. Thank you Nicklin Way Veterinary Clinic for caring for my two Tollers over the last 13 + years. 🐕😊 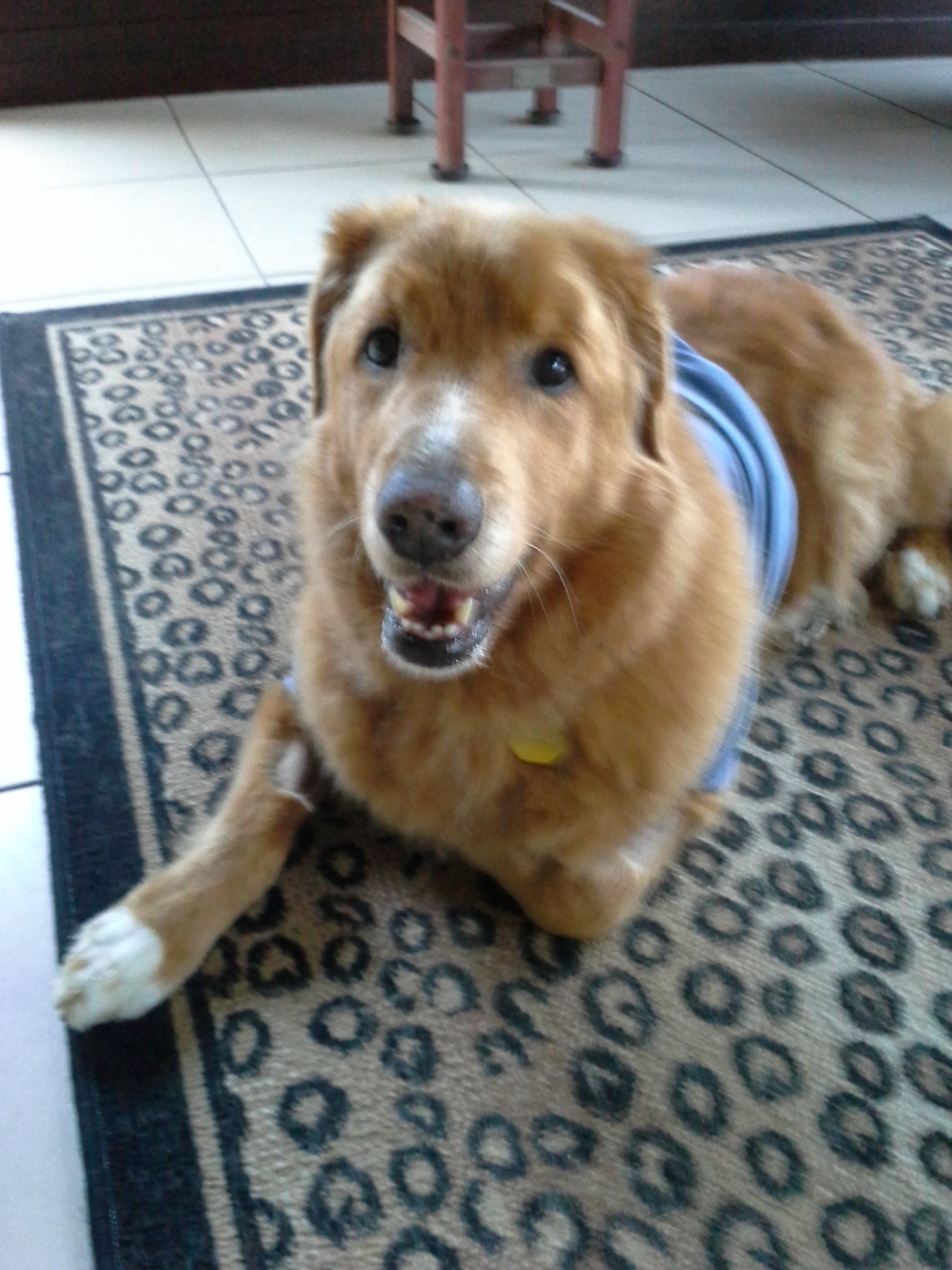 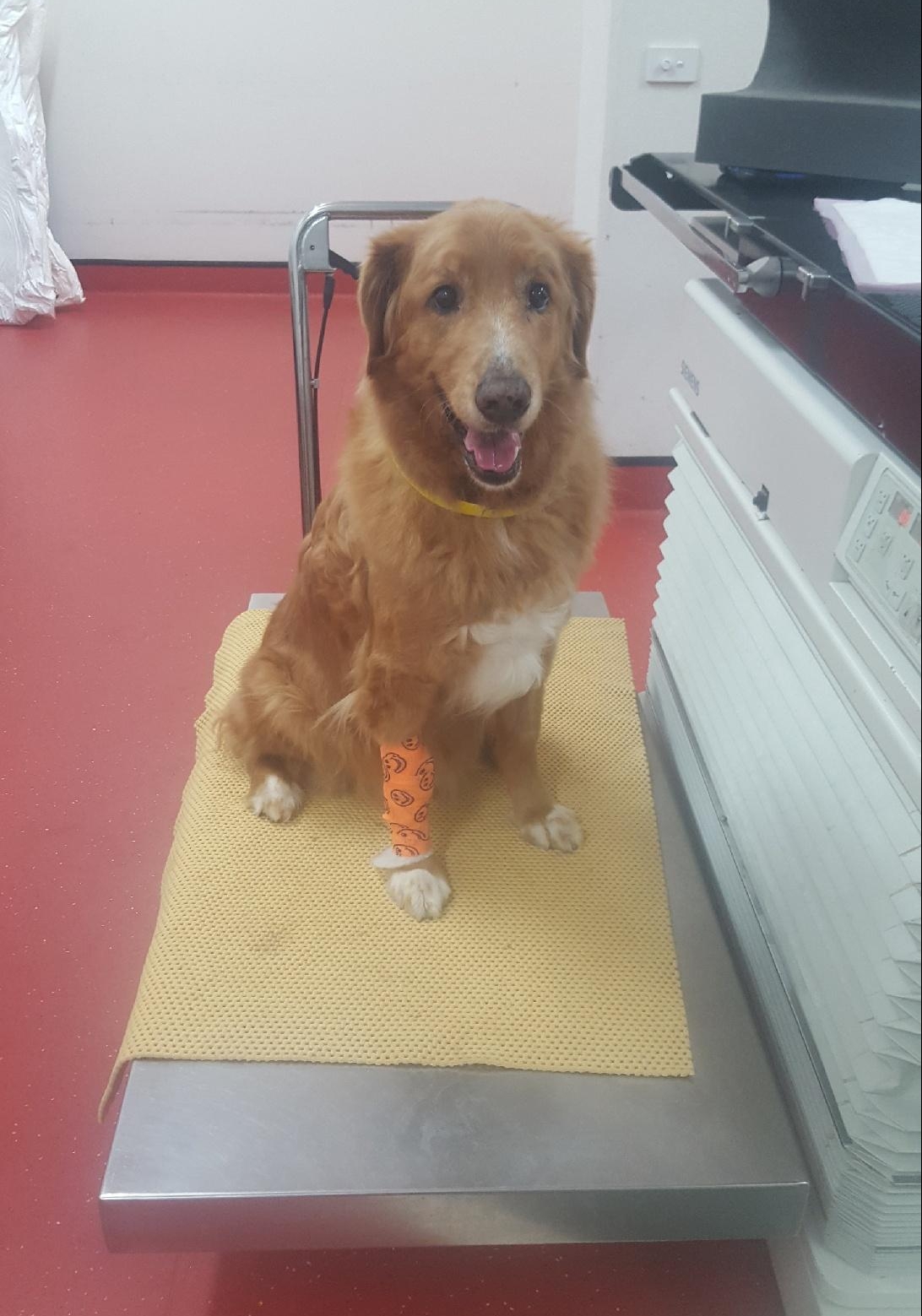 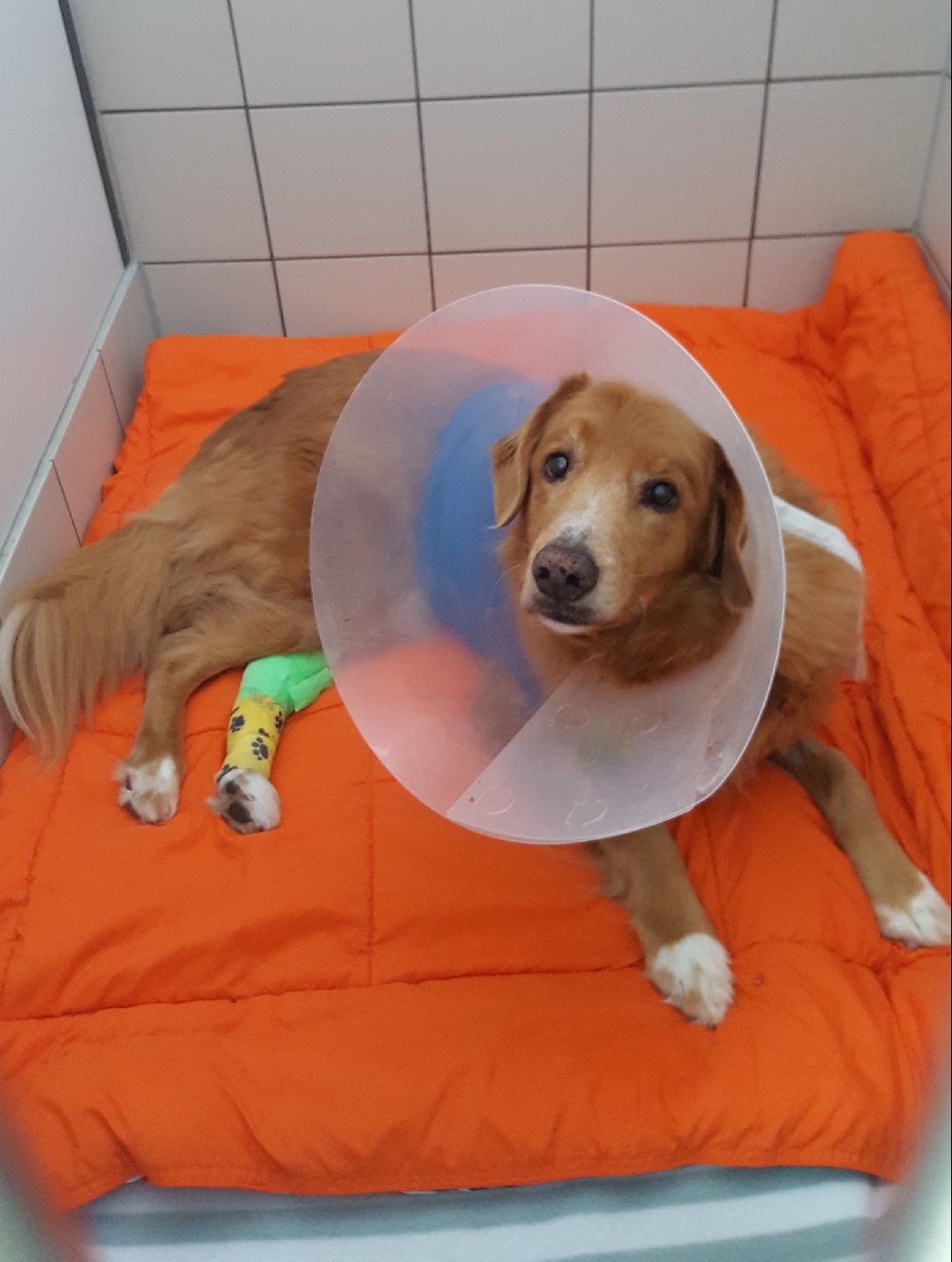 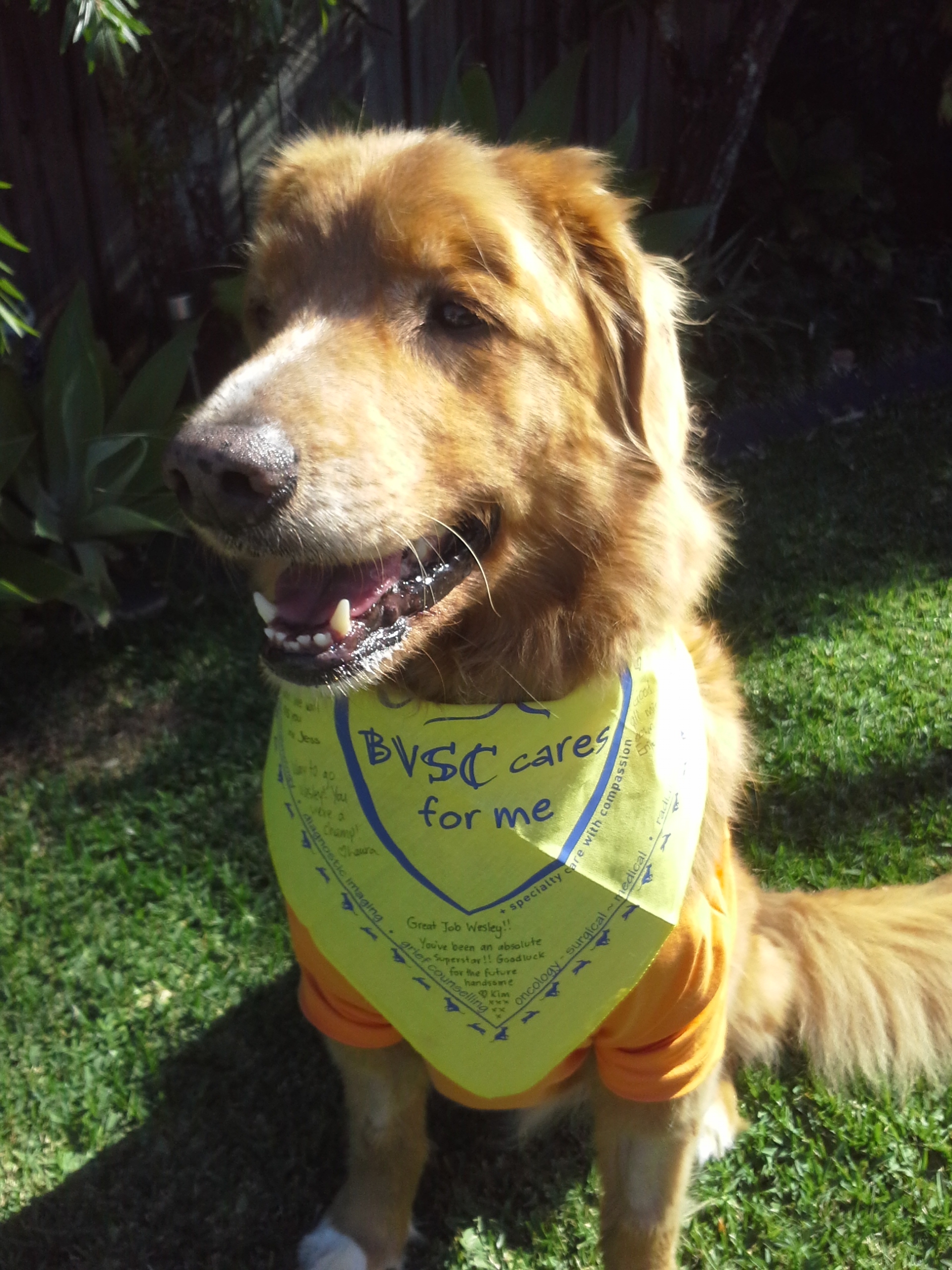 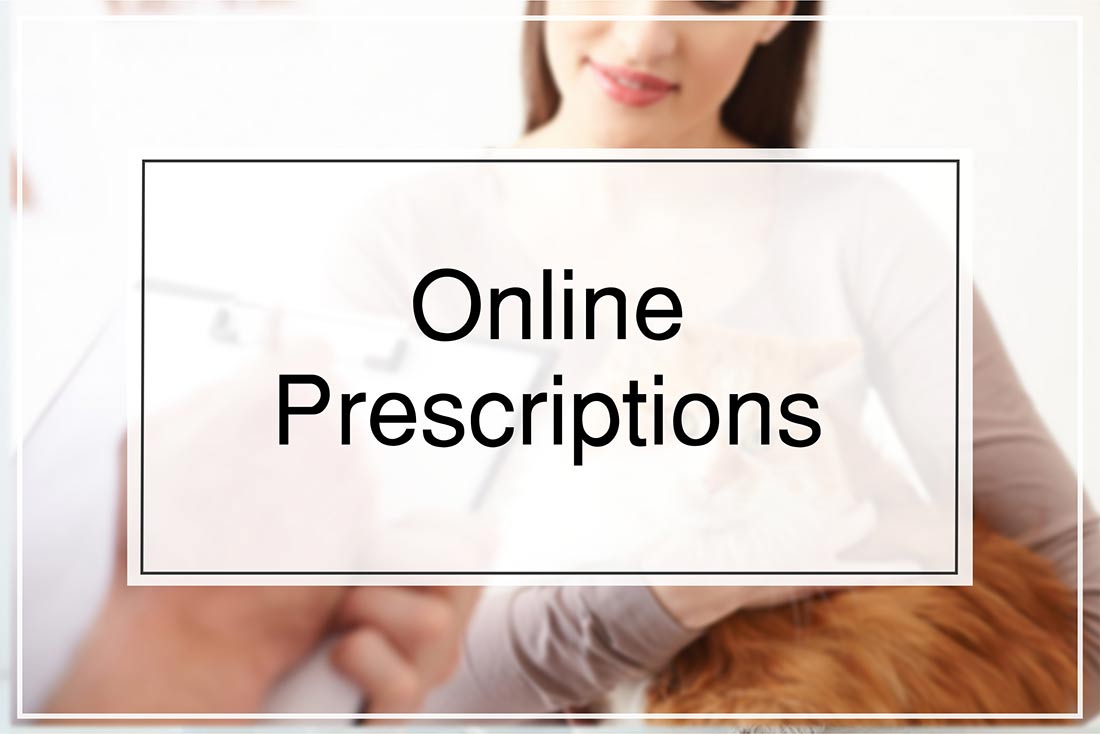